A Terminal emulator is a computer program that reproduces a video terminal within some other display structure. In other words the Terminal emulator has an ability to make a dumb machine appear like a client computer networked to the server. The terminal emulator allows an end user to access console as well as its applications such as text user interface and command line interface.

You may find huge number of terminal emulators to choose from this open source world. Some of them offers large range of features while others offers less features. To give a better understanding to the quality of software that are available, we have gathered a list of marvelous terminal emulator for Linux. Each title provides its description and feature along with screenshot of the software with relevant download link.

Terminator is an advanced and powerful terminal emulator which supports multiple terminals windows. This emulator is fully customizable. You can change the size, colour, give different shapes to the terminal. Its very user friendly and fun to use. 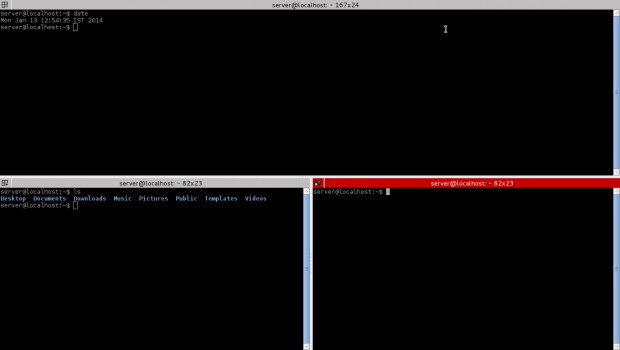 Tilda is a stylish drop-down terminal based on GTK+. With the help of a single key press you can launch a new or hide Tilda window. However, you can add colors of your choice to change the look of the text and Terminal background. 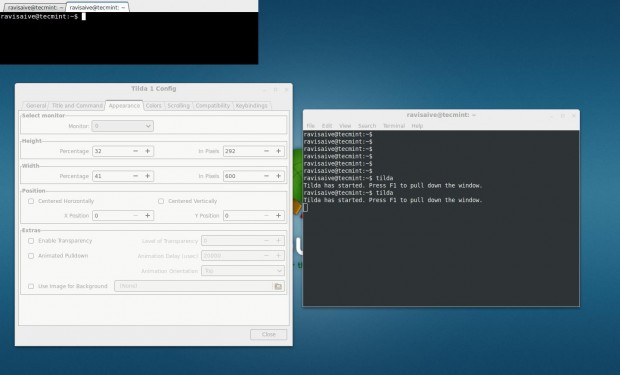 Guake is a python based drop-down terminal created for the GNOME Desktop Environment. It is invoked by pressing a single keystroke, and can make it hidden by pressing same keystroke again. Its design was determined from FPS (First Person Shooter) games such as Quake and one of its main target is be easy to reach.

Guake is very much similar to Yakuaka and Tilda, but it’s an experiment to mix the best of them into a single GTK-based program. Guake has been written in python from scratch using a little piece in C (global hotkeys stuff). 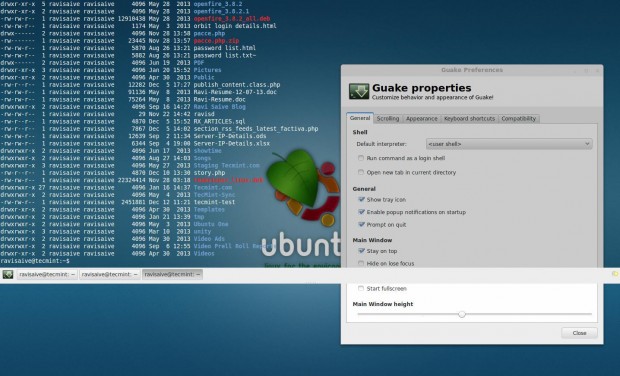 Yakuake is basically a KDE application, which can be easily installed on KDE desktop, but if you try to install Yakuake in GNOME desktop, it will prompt you to install huge number of dependency packages. 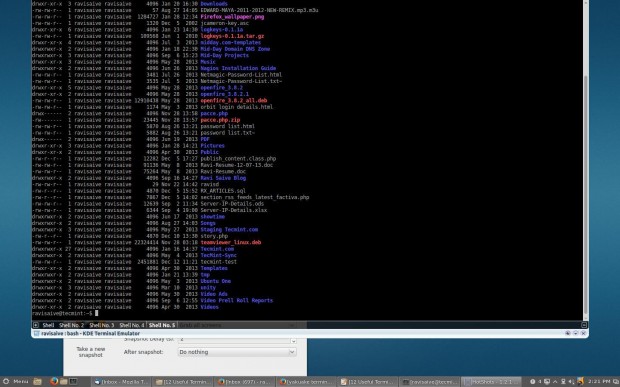 ROXterm is yet another lightweight terminal emulator designed to provide similar features to gnome-terminal. It was originally constructed to have lesser footprints and faster start-up time by not using the Gnome libraries and by using a independent applet to bring the configuration interface (GUI), but over the time it’s role has shifted to bringing a higher range of features for power users.

However, it is more customizable than gnome-terminal and anticipated more at “power” users who make excessive use of terminals. It is easily integrated with GNOME desktop environment and provides features like drag & drop of items into terminal. 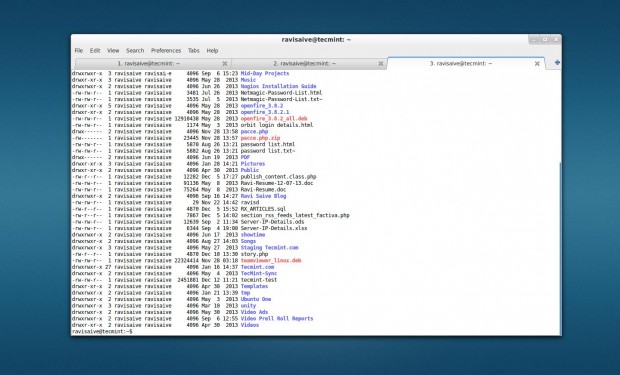 Eterm is a lightest color terminal emulator designed as a replacement for xterm. It is developed with a Freedom of Choice ideology, leaving as much power, flexibility, and freedom as workable in the hands of the user. 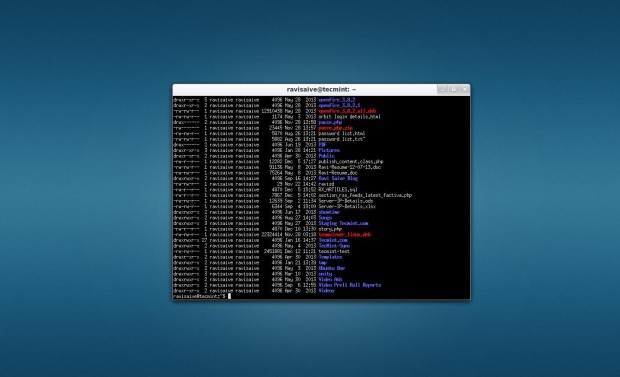 Rxvt stands for extended virtual terminal is a color terminal emulator application for Linux intended as an xterm replacement for power users who don’t need to have a feature such as Tektronix 4014 emulation and toolkit-style configurability. 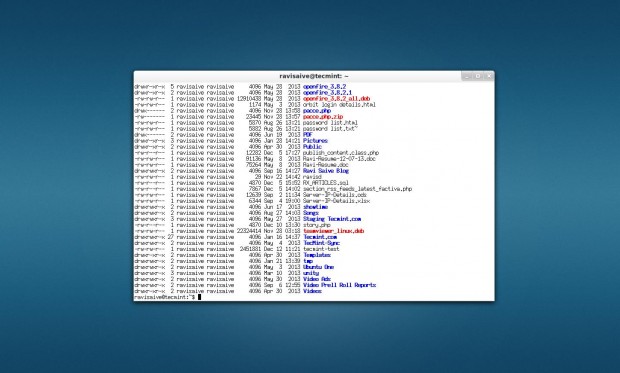 Wterm is a another light weight color terminal emulator based on rxvt project. It includes features such as background images, transparency, reverse transparency and an considerable set or runtime options are accessible resulting in a very high customizable terminal emulator.

LXTerminal is a default VTE-based terminal emulator for LXDE (Lightweight X Desktop Environment) without any unnecessary dependency. The terminal has got some nice features such as. 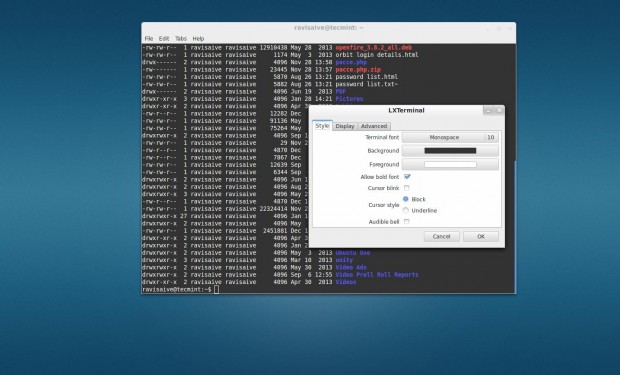 Konsole is yet another powerful KDE based free terminal emulator was originally created by Lars Doelle. 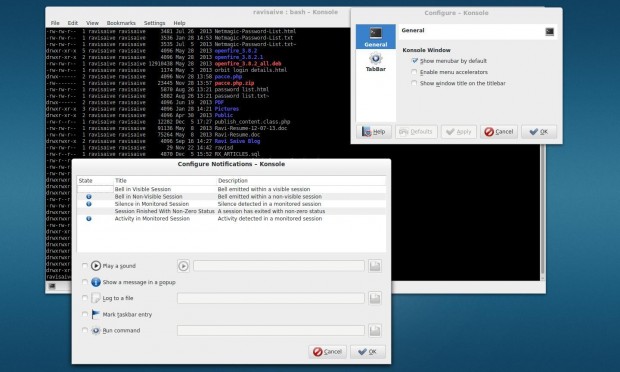 TermKit is a elegant terminal that aims to construct aspects of the GUI with the command line based application using WebKit rendering engine mostly used in web browsers like Google Chrome and Chromium. TermKit is originally designed for Mac and Windows, but due to TermKit fork by Floby which you can now able to install it under Linux based distributions and experience the power of TermKit. 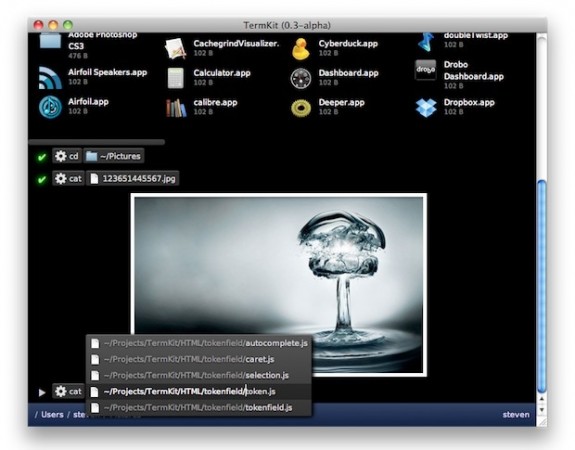 st is a simple terminal implementation for X Window. 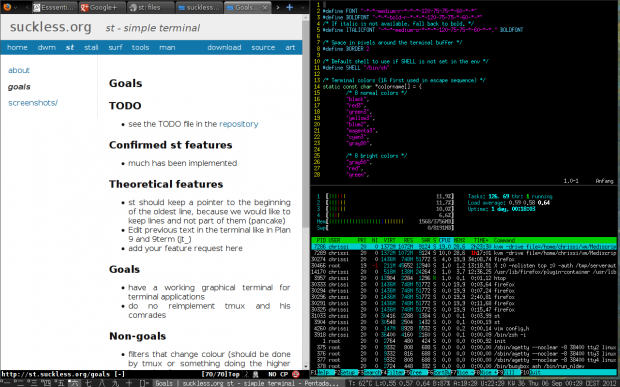 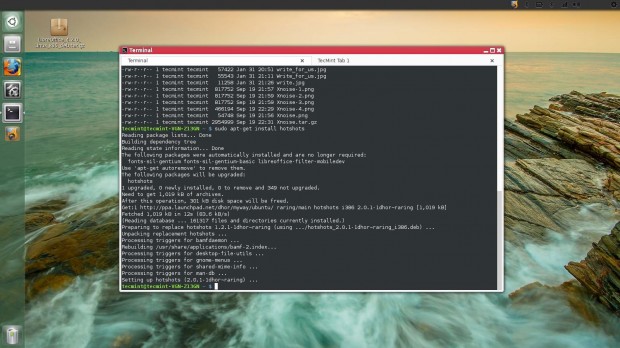 Final Term is a open source stylish terminal emulator that has some exciting capabilities and handy features into one single beautiful interface. It is still under development, but provides significant features such as Semantic text menus, Smart command completion, GUI terminal controls, Omnipotent keybindings, Color support and many more. The following animated screen grab demonstrates some of their features. Please click on image to view demo. 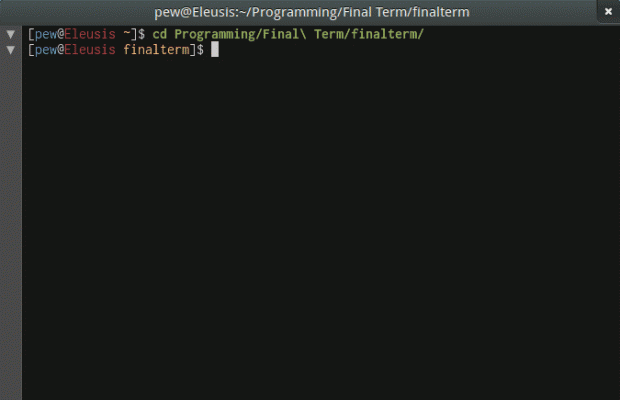 Terminology is yet another new modern terminal emulator created for the Enlightenment desktop, but also can be used in different desktop environments. It has some awesome unique features, which do not have in any other terminal emulator.

Apart features, terminology offers even more things that you wouldn’t assume from a other terminal emulators, like preview thumbnails of images, videos and documents, it also allows you to see those files directly from Terminology.

You can watch a following demonstrations video created by the Terminology developer (the video quality isn’t clear, but still it’s enough to get the idea about Terminology).

Xfce terminal is a lightweight modern and easy to use terminal emulator specially designed for Xfce desktop environment. The latest release of xfce terminal has some new cool features such as search dialog, tab color changer, drop-down console like Guake or Yakuake and many more. 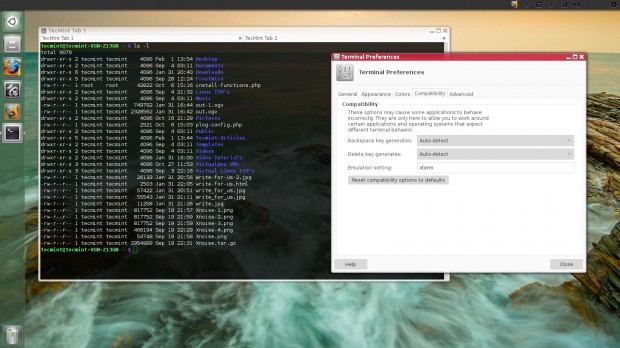 The xterm application is a standard terminal emulator for the X Window System. It maintain DEC VT102 and Tektronix 4014 compatible terminals for applications that can’t use the window system directly. 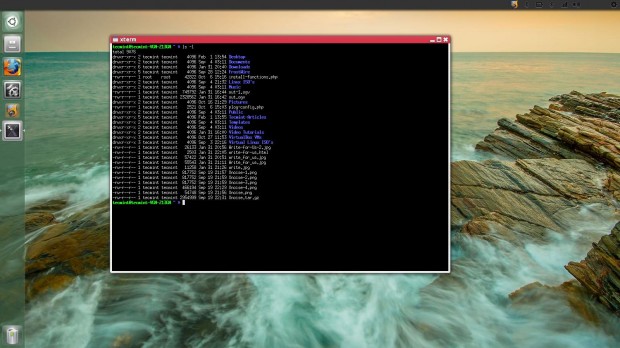 The LilyTerm is a another less known open source terminal emulator based off of libvte that desire to be fast and lightweight. LilyTerm also include some key features such as: 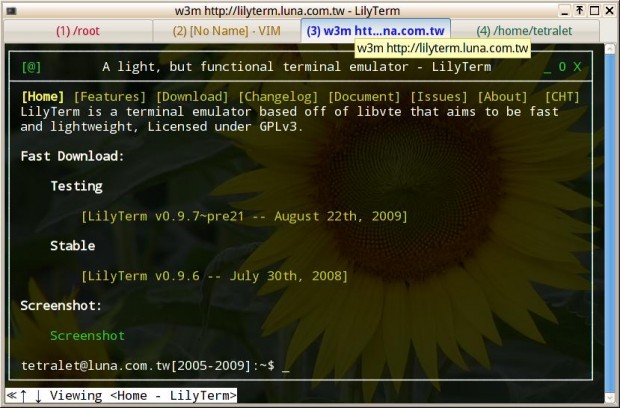 The sakura is a another less known Unix style terminal emulator developed for command line purpose as well as text-based terminal programs. Sakura is based on GTK and livte and provides not more advanced features but some customization options such as multiple tab support, custom text color, font and background images, speedy command processing and few more. 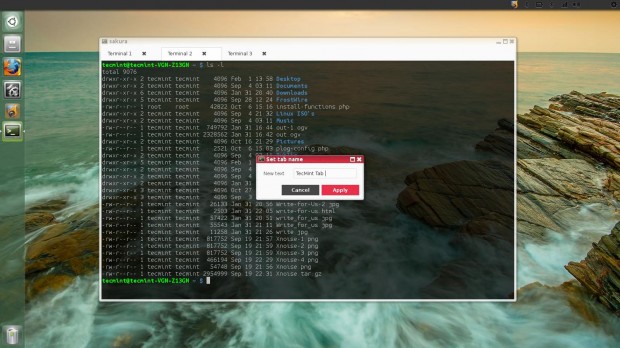 The rxvt-unicode (also known as urxvt) is a yet another highly customizable, lightweight and fast terminal emulator with xft and unicode support was developed by Marc Lehmann. It got some outstanding features such as support for international language via Unicode, the ability to display multiple font types and support for Perl extensions. 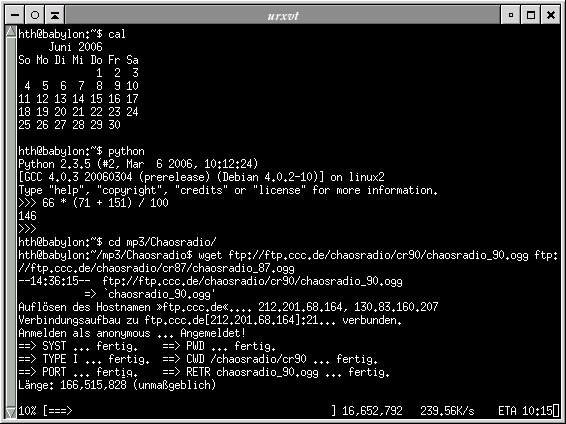 If you know any other capable Linux terminal emulators that I’ve not included in the above list, please do share with me using our comment section.

Let us know if you liked the post. That’s the only way we can improve.